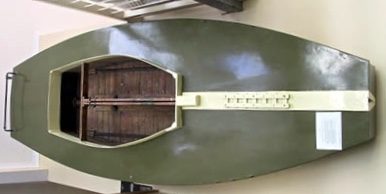 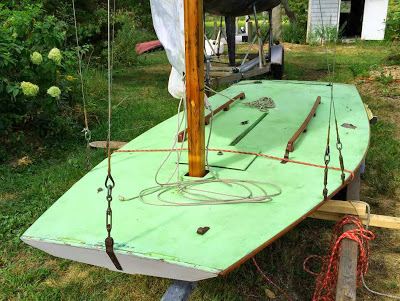 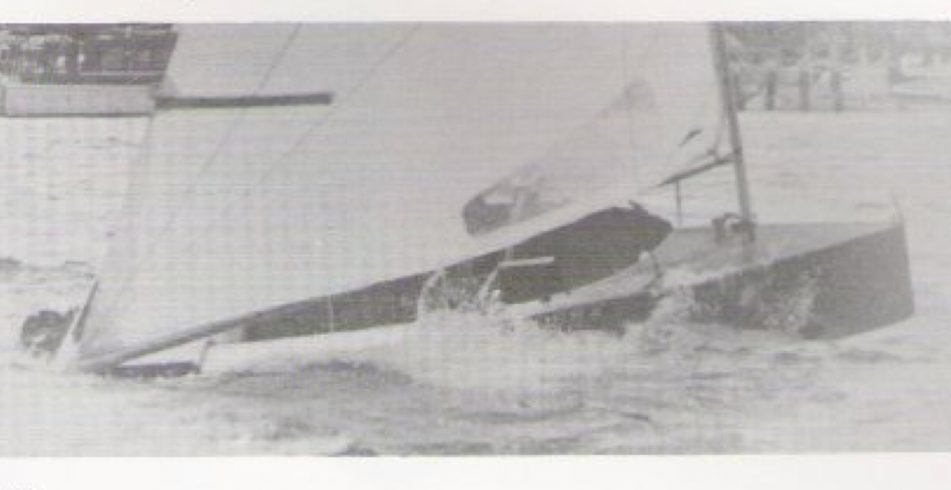 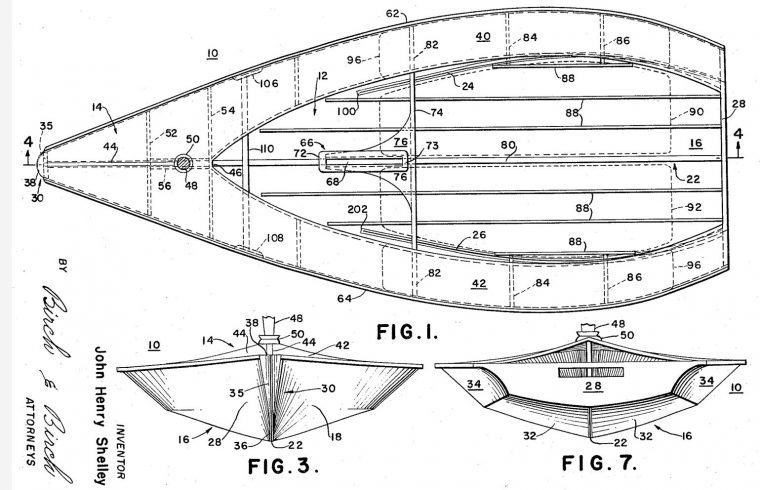 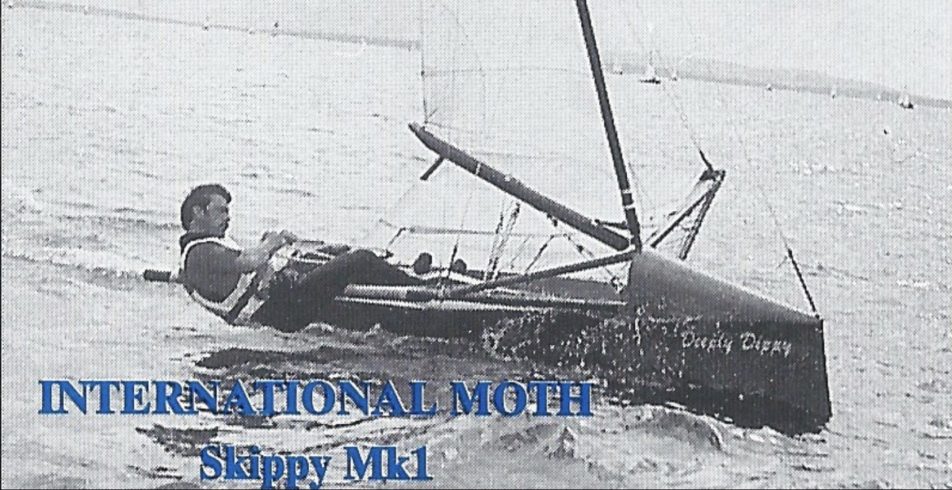 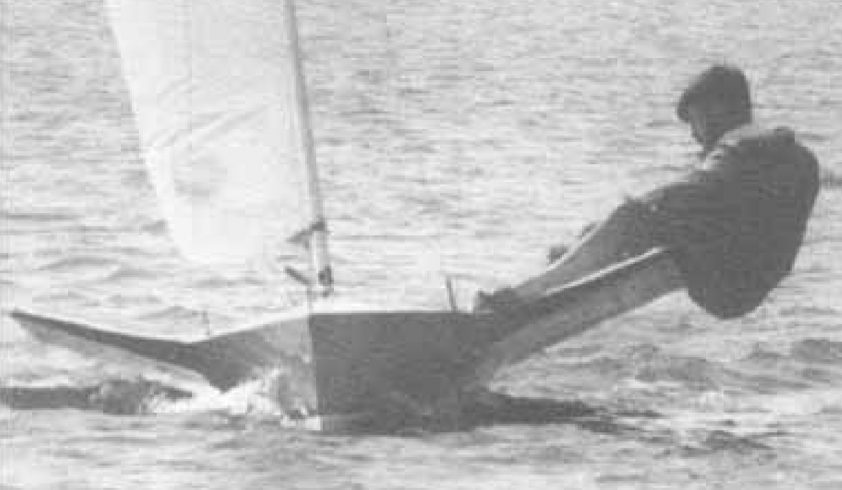 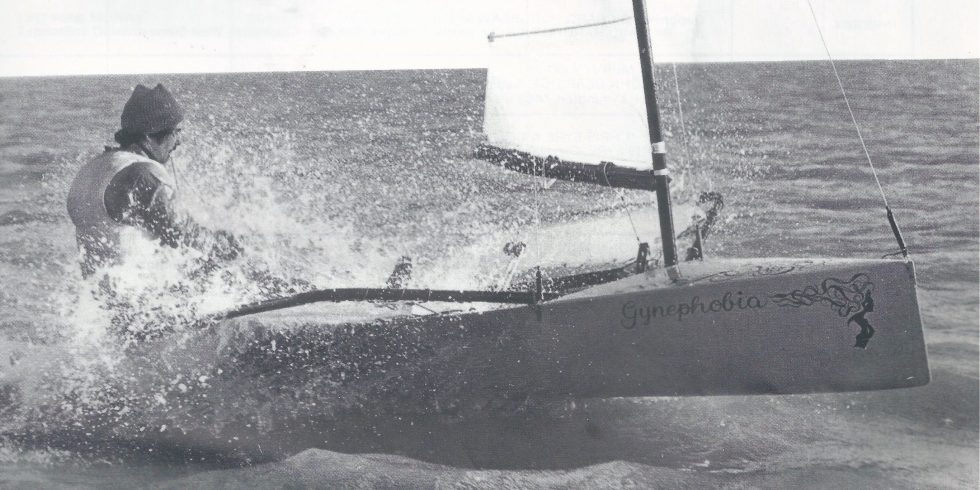 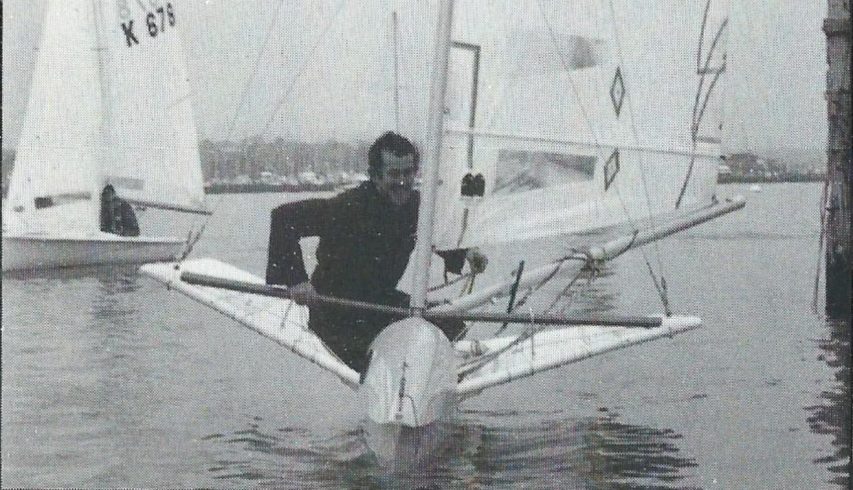 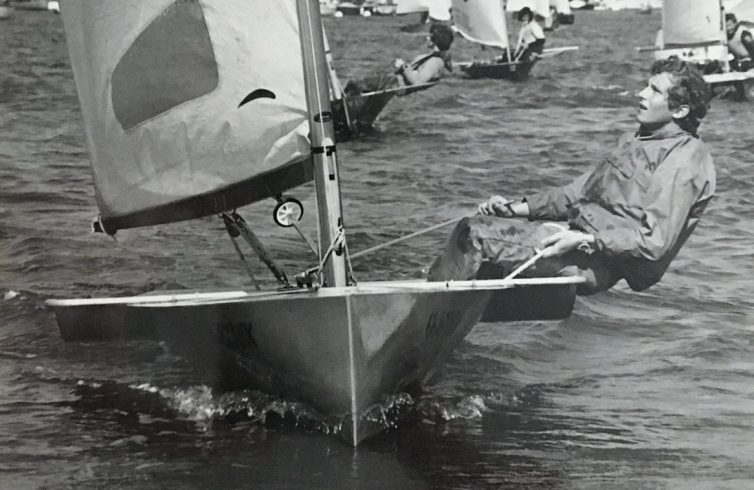 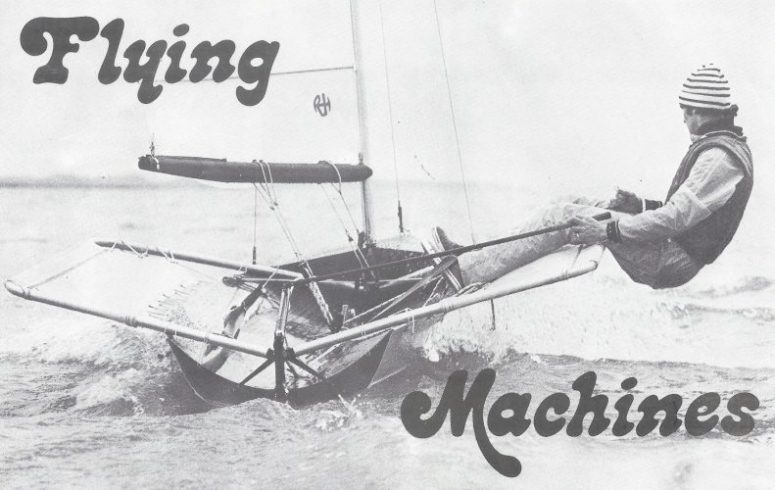 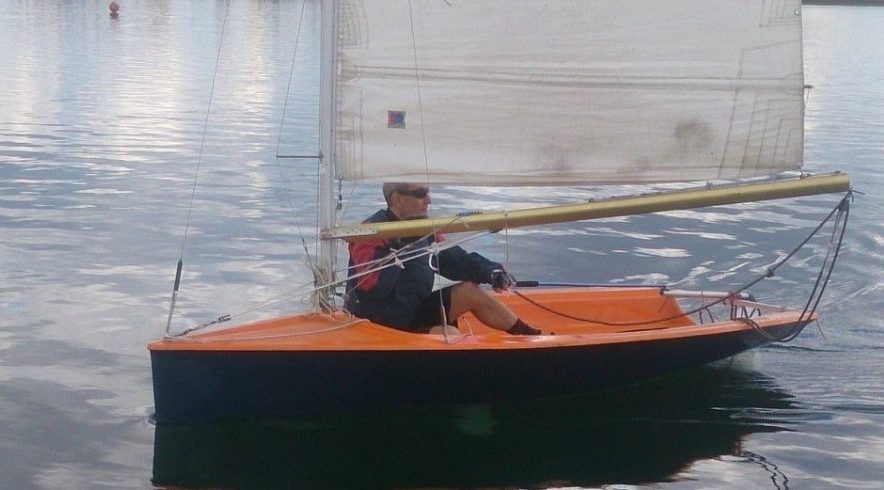 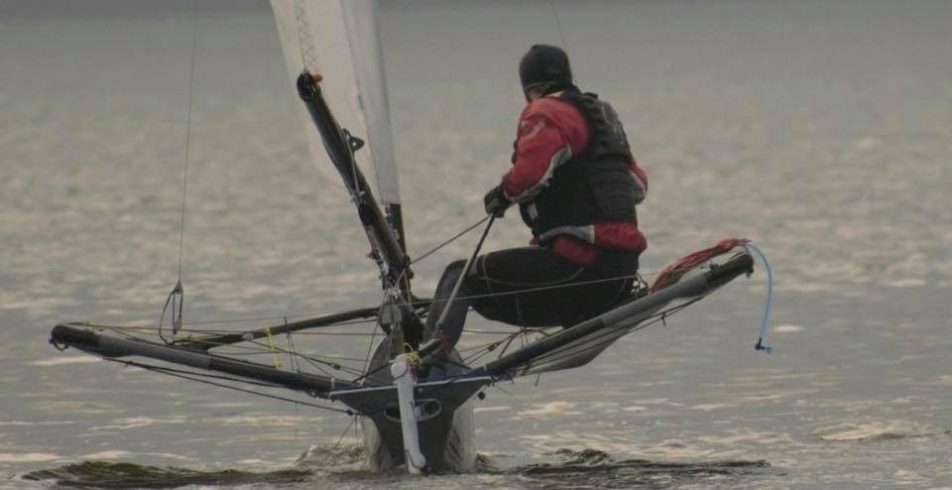 A History of Development

Ever since the first ever “Moth” design by Australian Len Morris in 1928, the class has changed, innovated and progressed in speed and sophistication, creating a legion of passionate dinghy designing, building & racing enthusiasts

In 1928, Len Morris designed the first Moth ever built called Olive. It has been fully restored and currently resides hanging up inside the doorway of Albert Park Yacht Club in Victoria, Australia. It was originally called the Inverloch 11 foot dinghy. In October of 1933, an American magazine, The Rudder, published an article dealing with the Moth Boat scene in US. The Australians noted the similarities between the two groups of boats and intuitively realized that the name “Moth Boat” rolled more easily from the tongue than “Inverlock Eleven Footer Class”, so they changed the name of their class to Moth and adopted the “squashed bug” that was shown in the article as the class sail insignia.. The Australians also noted the differences, particularly in sail plan between the two boats, but since this was in the middle of the great depression, and the two groups were 13,000 miles apart, no attempt was made to reconcile these differences.

The American Classic Moth Class was created by Captain Joel Van Sant of Elizabeth City, North Carolina in 1929, a year after Australian Len Morris launched the Inverloch 11 foot and subsequently renamed it a Moth. The sail was smaller, and had an “M” in a circle as its logo, but was very similar to the original Australian design even though it was developed totally independently of it. His boat, “Jumping Juniper”, was built of Atlantic White Cedar from the Great Dismal Swamp. The US development class was formally organized in 1932 as the “National Moth Boat Association” and in 1935, due to increasing overseas interest, changed its name to the “International Moth Class Association” or IMCA.

Europe, other than the UK’s one-design British Moth, can be traced to the “The Rudder” article on William F Crosby’s Skimmer design in 1933. The Europeans, particularly the French, started to build Skimmers which formed the beginning of the European Moth class. In a brief statement published in "The Yacht" of December 5, 1936 it was announced that the constitution of a French fleet of Moth was being proposed by Etienne Bastide, secretary-treasurer of the Circle of Sailing Nogent-Joinville . It also stated that boat trials were taking place on the water of the club. Subsequently French designed Moths were developed pre-WW2, during the war itself and throughout the late 1940’s, 1950’s & 1960’s. In the early 1960’s, skinny, rounded, rockered designs from Frenchmen Jacques Faroux, Benoit Duflos & Belgian Alois Roland’s Europa Moth lead the way until the UK became prominent from the 1970’s onwards with winged & flared designs by Chris Eyre and Mervyn Cook/John Claridge.

At the World Championships, the battle of the opposites for supremacy raged throughout the 1970’s & 80’s as the thin, later heavily winged European & American skiffs battled with the established small winged Australian scows. The top Australians eventually embraced their own designs of skiffs in the late 1980’s, with the Australian Hungry Tiger design finally dominating the last 4 years of the low-rider era at World Championship level.

From Plank Timber to Plywood to Carbon Composites

The technological changes in materials and methods of construction over 80 years was amazing. From planked mahogany in the 20’s & 30’s the class progressed to thinner and lighter 6mm down to 3mm plywood, Aerolite & Cascamite glues to West & SP epoxy, fibreglass and foam, then ultimately vacuumed bagged foam cored carbon fibre epoxy materials. Masts went from solid timber to hollow timber, aluminium and ultimately to carbon fibre autoclaved spars. Foils transitioned from solid hardwood to foam and carbon “T” foils